Want to learn how to deal with Cancer, naturally? Synergy Nutrition and Wellness is here to show you a little known system for healing the body in a holistic way so you can get back to living your best life.

Let’s talk about a topic that’s maybe not going to be the most fun to talk about because I know how much you can be an emotional thing and something that’s probably hit home or in your circle.

In matters of the diagnosis of cancer.

But I want to give you some more data or information regarding cancer that you may not have heard before, or have been privileged to understand.

So what am I talking about?

If you ever paid attention to any of the data or the research regarding how advanced the Egyptians were, especially in the process of Embalming and Mummification. Modern-day scientists have done autopsies on these mummies, and there is no sign of cancer in any of these mummies.

So God has not made the human body any different from our creation to now, and we give high praise to this society in their process of Embalming and saving the body, and none of these Egyptians were ever found to have any cancer. So what that meant to the scientists that did these studies, that they were able to prove was that cancer was a man-made disease. That’s right. It’s not genetics, and it’s not hereditary, It’s a man-made or a lifestyle disease.

If you took on the habits and routines of family members or predecessors who had cancer, is it likely that you could develop it?

That is not because of genetics or hereditary that was because of traditions, habits, routines, and lifestyles that carried on with feeding or exacerbated the growth of cancer in the human body.

If you guys remembered many years ago, there was a very famous woman named Suzanne Somers, who was very public in her quest and her journey of cancer. The oncologist who supervised her was a man named Nicholas Gonzalez, and this man was an amazing human being, God rest his soul, he’s no longer with us.

But if you were to check out Nicholas Gonzalez and his work and in some of his wonderful teachings, on cancer and in particular chemotherapy. I think you would be amazed and possibly appalled to know this factor.

Go on YouTube and Google or go on YouTube and search, Nicholas Gonzalez and chemotherapy will explain this much more eloquently than I. But in the gist of what he explains is that chemotherapy is nothing more than mustard gas from World War Two. It was what they used in the Holocaust and the gas chambers, and that’s aggressive, but it is the truth.

What happened was that after world war two ended, there was some exposure of the mustard gas upon US soldiers. This put the Army Corps of Engineers into doing some research, and what they found was that chemotherapy was the first substance to kill cancer in the human body.

The problem was, as every person who they administered it to also died.

So chemo is an extremely poisonous Avenue if you would for treating cancer. Now, that’s not to say that there’s not maybe hundreds if not millions of people alive today that could say that it worked out well for them.

Still, I think the sad reality is that hundreds, if not millions of people who aren’t here to tell that story because the chemo was what ultimately ended their lives. So if you do a little bit of digging and research and allow your mind to know more truths about chemotherapy, but hear it from a renowned oncologist, Dr. Nicholas Gonzalez, YouTube that he does a beautiful seminar on this.

There is some other information that holds to the modern-day era as the cause of the creation of cancer. And it’s a common theme and that you’ll hear me talk about in many elements, and that is unfortunately from a very vulgar word that is sugar.

So we know without a doubt that sugar feeds cancer.

Yes, the environment and toxins can all cause and contribute to it.

But we know from the facts of what we see from the mummies never having any cancer to Nicholas Gonzalez is a beautiful explanation of chemotherapy to knowing the truth of what a PET scan does. That lifestyle is the main cause and culprit of cancer.

If you can get out of a state of chronic inflammation, remove the white flowers, the processed carbohydrates, and the chemicals. As well as removing other toxins from your house because they are plentiful from laundry detergents, plug-in air fresheners, cosmetics, these things that are known carcinogens.

The more you reduce your body’s exposure to them, the better your chances of never having cancer regardless of somebody in your history.

So know that cancer is a man-made disease. It is contributed to and exacerbated by our lifestyles, and nothing is more gassed of Fire than sugar being in the body continuously. There is tremendous data and research out there as well as other people who have been diagnosed with cancer who rejected the standard Medical Systems protocol, that did things nutritionally naturally, and are here today to tell their stories.

Just know that it is not a one-stop-shop. You were not designed to be cut and burned or any of those things that chemoradiation does. If you are at a point that you can take control of your life. Your diet can lead the way and be preventative of cancer.

Here at Synergy Nutrition & Wellness we know that the most important part of any patient’s success is to be fully educated and fully aware of our process and your journey to amazing health. Everything that follows on the rest of the page is to give you insight on what to expect when you work with us. Please completely review every one of these videos before your initial appointment with us. If you have any questions bring them to your first appointment or feel free to contact us via Facebook Messenger.

WHAT IS NUTRITION RESPONSE TESTING:

WHY COME TO SYNERGY?

STEP 1 - WHAT TO EXPECT AT YOUR FIRST CONSULTATION.

WHEN ARE YOU CONSIDERED A PATIENT?

WHAT IS YOUR HEALTH WORTH? 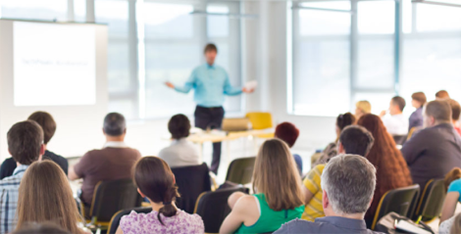 Learn how to get better

Feel great every day, naturally! Click the button below to see our upcoming workshops.